The History of Clotheslines and Hang Drying Clothes: Part One 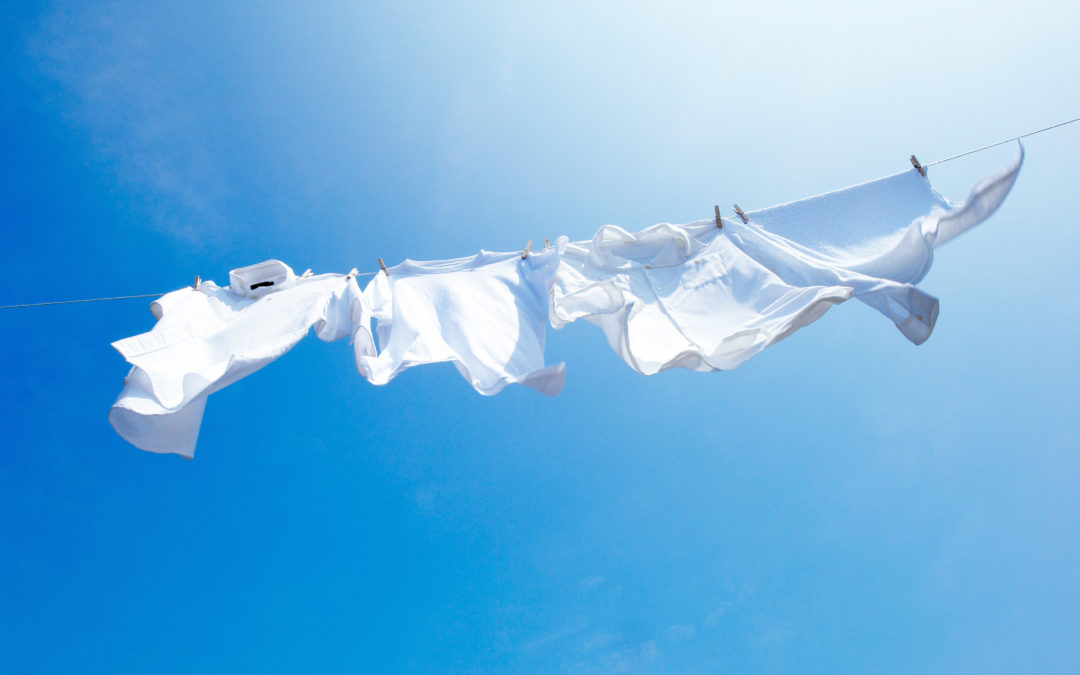 The history of the clothesline is surrounded in mystery. But there are a few solid facts we can gather to teach us how we got to the modern-day clothesline and methods for hang drying clothes.

In early history, it’s easy to imagine the first humans drying clothes wherever they could. Whether wet clothes were thrown over a rock, laying on the grass, or even across a nearby bush, there was not a proper understanding of hang-drying clothes.

The first use of the word “clothesline” did not even appear in Merriam-Webster’s Dictionary until the 1830s.

The middle of the 19th century is when we first start to see clothes pins appear in popular culture. In “Little Women,” Meg slept at night with a clothespin over her nose in order to try to make it thinner.

Over the next few decades, Australians developed the popular “umbrella clothesline,” also known as the “Hills Hoist,” as a method of drying clothes outside in more crowded areas throughout that nation.

Today, clotheslines can be made simply from any piece of rope hung outside between trees or buildings.

Other devices like drying racks were invented to offer temporary drying solutions.

In order to make the process as simple as possible, Leon Martin developed an easy-to-use clothesline pulley system for his family to use at their home in Ohio. His creation would lead to the founding of Skyline Enterprises, and the next generation of hang drying clothes outdoors.